That’s the question Bob Waldrop of the Bristol Bay Regional Seafood Development Association posed in regards to a gold and copper mine being developed in southwest Alaska near the world’s largest remaining wild sockeye salmon streams.

He’s not the only one:

Zale Corp. announced that it not only is boycotting precious metals from the Pebble Mine, but supports permanently protecting the Bristol Bay watershed from large-scale metals mining. The mine is situated near the headwaters of Bristol Bay on state land designated for mining.

“We believe gold should be mined and refined in a manner that protects both the environment and its inhabitants,” Gil Hollander, Zale’s executive vice president, said in a statement.

The Irving, Texas-based jewelry giant has 1,930 stores in the United States, Canada and Puerto Rico. It had $1.8 billion in revenues in 2009.

Zale Corp. was accompanied by 12 other entities in a new wave of jewelry retailers and designers that have joined the No Dirty Gold campaign being promoted by conservation group Earthworks and partners. Twenty companies previously pledged to boycott Pebble, including Tiffany & Co., Helzberg Diamonds and Ben Bridge.

The more than 30 jewelers now opposing the mine represent more than $6 billion in annual sales.

Getting jewelry retailers and designers on board is important because jewelry represents more than 80 percent of the global demand for gold, said Earthworks’ Bonnie Gestring.

A number of jewelry companies, including Tiffany and Co., Ben Bridge Jeweler and Helzberg Diamonds, among others, have expressed disapproval for the project and vowed to boycott any gold mined at Pebble.

The survey, conducted by Anchorage, Alaska-based research firm Craciun Research, was conducted between May 18 and June 2 and sampled a cross-section of 411 residents living in six different areas around Bristol Bay.

According to the survey results, 79 percent of Bristol Bay-area residents strongly oppose (73 percent) or somewhat oppose (6 percent) the proposed Pebble Mine project. 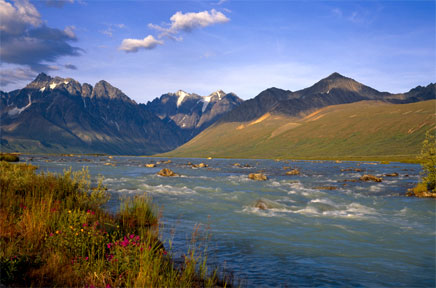