After the craziness that was Kim Kardashian’s brief and wild media-hyped marriage, many questions arose as to who can legally keep the ring after an engagement (or marriage) gone wrong? Well, it varies from state to state and pre-nup to pre-nup. Interestingly, in Kardashian’s case, without a special clause in the prenup, Kim would have been the owner outright – once they became man and wife, the ring would have been Kim’s.

Engagement rings fall under property, contract or family law, and how they are treated varies by state.

In California, it depends on who broke the engagement. For example, if the person who received the ring is the one who is reneging on the engagement, then that person must relinquish the jewelry. In New York, North Carolina, Minnesota, Tennessee and other states, appellate courts say engagement rings are conditional gifts that must be returned to the gift giver if the condition — namely, the marriage — does not take place, regardless of who broke off the engagement. Kansas and Montana say a gift, once given, cannot be taken back. 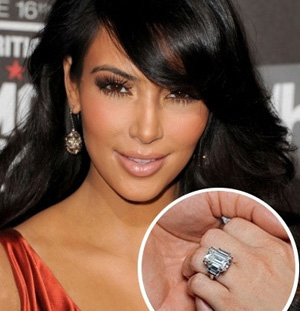