Everyone is buzzing about Prince William’s recent engagement to Kate Middleton.

Ms. Middleton grew up in Berkshire and after attending Marlborough College, went to the University of St Andrews, where she met Prince William, also studying there, in 2001. They started a relationship, followed by media attention, triggering complaints by Middleton that the media were harassing her. In April 2007, the press reported that William and Middleton had split up. They continued to be friends, and later in 2007 they reunited. Since then, Middleton has attended many high-profile royal events. She has been admired for her fashion sense and has been placed on numerous “best dressed” lists.

Their wedding will take place in 2011. And the royal engagement ring?

William reportedly popped the question in Africa last month with the engagement ring that his father Prince Charles gave to his mother, the late Princess Diana. The heirloom, crafted by Garrard, features an 18-carat sapphire surrounded by 14 diamonds set in platinum. Priced at $65,000 when Prince Charles proposed back in 1981, the ring today would be valued at about $150,000, jewelry expert Michael O’Connor told UsMagazine.com.

It’ll be interesting to keep tabs on whether or not Kate’s engagement ring sets off a sapphire craze. On Tuesday, after the engagement was announced, designers such as Yael Designs and Tacori sent out photos of sapphire rings of their own. 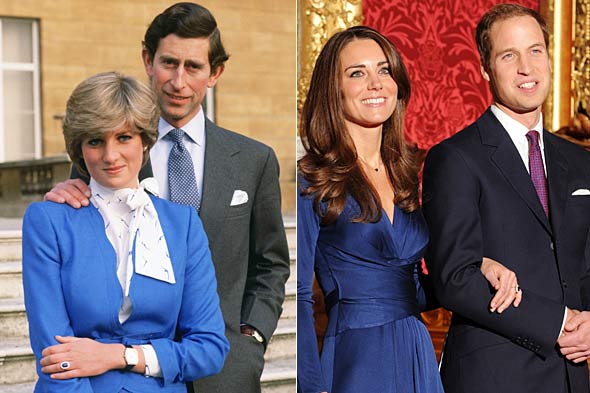 If you are looking for an engagement ring of similar royal stature, contact us. We can recreate a piece like this but also include your own personal style.