In this fascinating piece, we discover that humans aren’t the only beings to appreciate adornment.

A chimpanzee named Julie decided she’d separate herself from her fellow chimps by making her own earrings…out of grass. 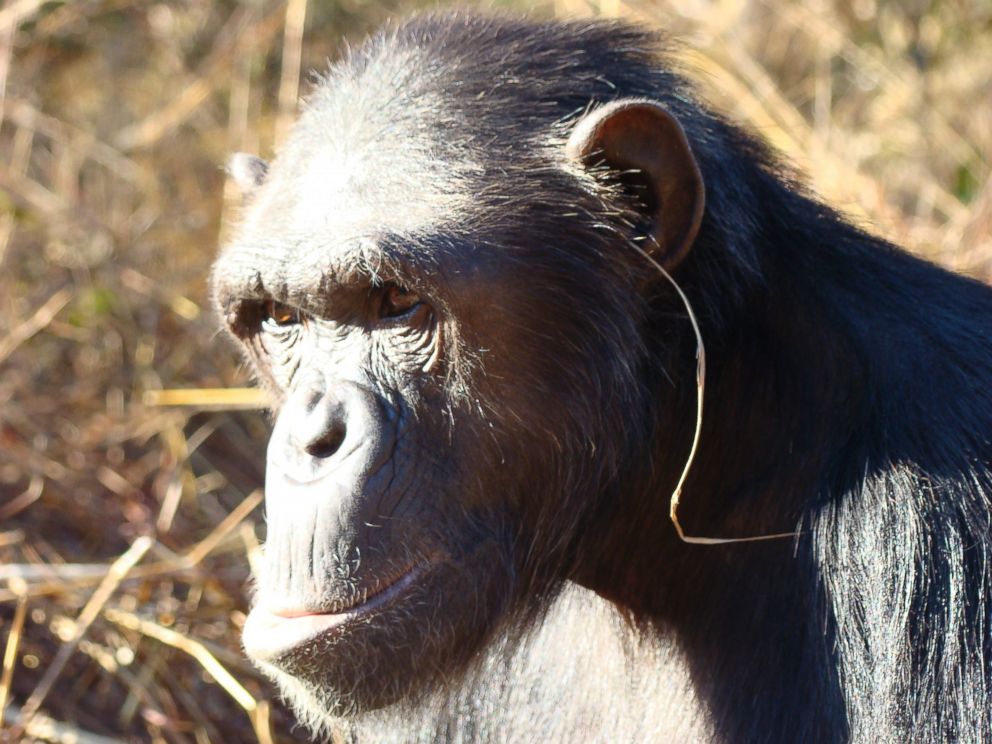 Over in Zambia there’s a chimpanzee named Julie who has launched her own line of jewelry.

And it’s a howling success. Now just about everybody wants a piece of it.

Julie’s innovation came to the attention of scientists a few years ago when Edwin van Leeuwen of the Max Planck Institute for Evolutionary Anthropology in The Netherlands noticed something different about Julie.

She wandered around Zambia’s Chimfunshi Wildlife Orphanage Trust sanctuary with a single blade of grass hanging from one ear. It wasn’t an accident, it’s not as though a piece of grass latched onto her ear as she stumbled through the tropics.

She wore it all the time. So if it fell out, she had to replace it. Whether she was playing, grooming, sleeping or doing whatever chimps do in the jungle, she had that blade of grass hanging from one ear.

That alone is pretty surprising, but what followed next was really “baffling,” van Leeuwen said in an email.

A short time after Julie was noticed with her ear’s new appendage, her son Jack was observed wearing a blade of grass, hanging from one ear. Soon Julie’s friends Kathy, Miracle and Val, followed suit.