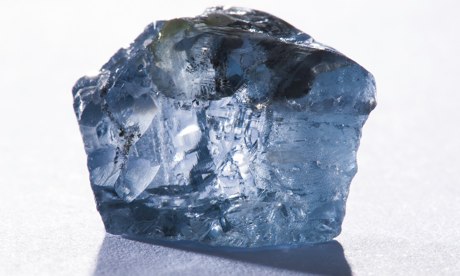 Check out this incredible find, reported to be potentially fetch $15m-$20m at auction.

The blue diamond found at the Cullinan mine this month. [Photograph: Philip Mostert/AFP/Getty Images]

A rare 29.6-carat blue diamond that could be worth millions of pounds has been discovered in South Africa.

Petra Diamonds said the “exceptional” acorn-sized diamond was unearthed at the Cullinan mine near Pretoria.

Petra’s chief executive, Johan Dippenaar, said the latest discovery could outstrip recent finds. “By some margin … this is probably the most significant stone we’ve ever, in terms of blue stones, recovered,” he said.

Cailey Barker, an analyst at the brokers Numis, said the diamond could fetch $15m-$20m at auction.