We know how much you love learning at Joe’s blog. And  trust me, we have a lot of information to share! Today, we’re going to impart to you a little history lesson on earrings. Now sit back – you may learn something. And thanks to AnnieSherman.com for the great info:

Did you know earrings originated in the Middle East? The oldest earrings were unearthed at the royal graves in Iraq!

In the early 20th century, piercing of the ears was considered uncivilized and a screw back type of fitting was invented so that ear piercing was no longer necessary. The beginning of emancipation for women! Around 1930’s, clip-ons were invented and then screw-ons. Both styles were widely used for earrings for the next 40 years. Since then, earrings have indeed been revolutionized. Earrings are fun, lots of movements, made of all shapes, sizes, materials and stones and are worn day and night!

Beginning the 70’s, ear piercing became the fad. Most contemporary earrings are for pierced ears nowadays. For those who don’t like poking holes in their ears (like me), thank goodness that vintage clip-on earrings are still around! 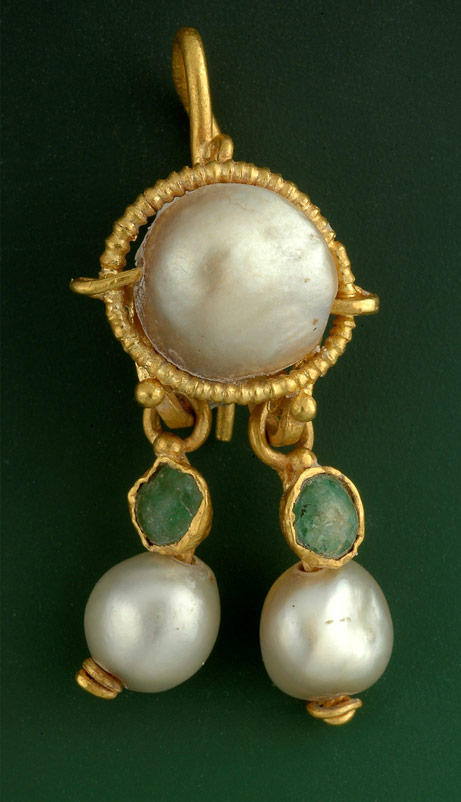 This stunningly intact 2,000-year-old gold, pearl, and emerald earring was discovered under a parking lot just outside Jerusalem's Old City.