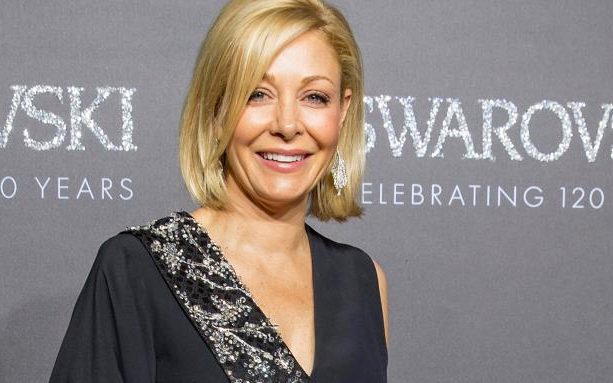 What a fascinating look at Nadja Swarovski in the Telegraph, especially during a time where we see more women breaking through the glass (in this case, close to literally) ceiling in a myriad of ways, including the recent nomination of Hilary Rodham Clinton for President.

Swarovski has had a storied history, not all of it good. The famous crystal company had a besmirched reputation decades ago, where the media and public regarded it skeptically, as cheap or dated product.

You do the swan and the duck – why would we ever want that in fashion?” Nadja Swarovski shudders  as  she recounts the withering put-down from a snooty magazine stylist twenty-five years ago.

The sole female member of an Swarovski executive board, which counts four male distant cousins, she fought her way back into the family business and gave the crystal group a new lease of life -transforming it from a dated tableware and chandelier business to one which counts collaborations with feted designers such as Alexander McQueen, Christopher Kane, Karl Lagerfeld, Peter Pilotto and a new home range that includes Aldo Bakker and the late Zaha Hadid.

Read more about this fascinating woman and how she expanded the vision of Swarovski to include fashion and so much more.