Check out a recent article in the New Yorker that details the discovery of a trunk of intricately designed Callot dresses, designed by three sisters who are considered by some to be the most amazing designers in fashion history. Their detail to craftsmanship is astounding and will inspire us to continually raise the bar higher.

A “Callot dress” is one that was made by the Paris haute-couture house Callot Soeurs—Callot Sisters. The sisters are not much remembered now: there has been no monograph on their work, and no retrospective. Yet, not long after Callot Soeurs opened their atelier, in 1895, they became one of the great names in Belle Époque fashion. Madeleine Vionnet, one of the most influential and radical designers of the twentieth century, was the sisters’ head seamstress. She ranked them higher than the self-proclaimed King of Fashion, Paul Poiret. “Without the example of the Callot Soeurs,” Vionnet said, “I would have continued to make Fords. It is because of them that I have been able to make Rolls-Royces.”

Few dresses made by Callot Soeurs have survived. So when the cache of some twenty gowns was found moldering in the trunks in the villa, it was a major discovery. The villa was La Pietra, built by a Medici banker and bought, in 1907, by Hortense Mitchell Acton, a Chicago heiress, who was the wife of Arthur Acton, an Anglo-Italian antique dealer. Their son, Sir Harold Acton, the Oxford memoirist, historian, and aesthete, bequeathed the estate to New York University, in the nineteen-nineties. 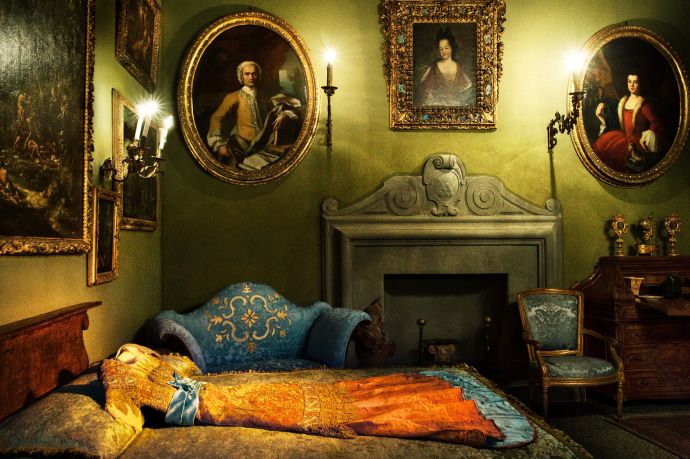 One of Hortense Mitchell Acton’s Callot Soeurs gowns in the Camera Verde of Villa La Pietra. The gold and silver lace at the neck, the apron skirt, and the five metallic rosettes across the chest recall the forms of a Gothic cathedral. The sleeves are made of metallic lace, now oxidized.

“Without the example of the Callot Soeurs,” Vionnet said, “I would have continued to make Fords. It is because of them that I have been able to make Rolls-Royces.” 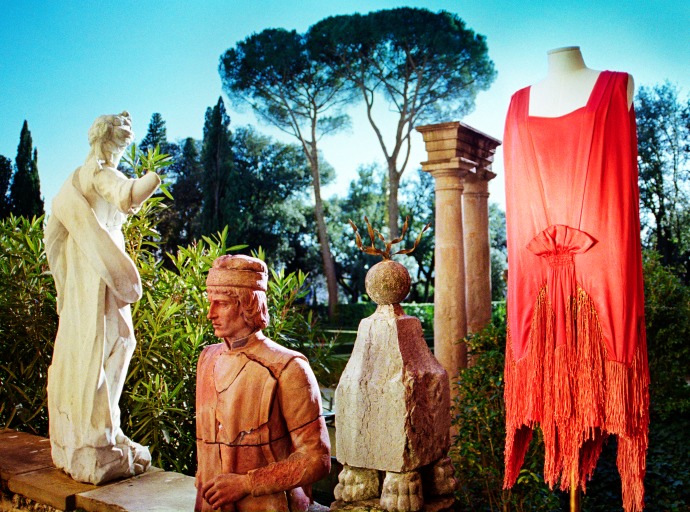 An orange silk dress with silk and metallic fringe, in the garden of La Pietra. Hortense Mitchell Acton likely wore it at one of the extravagant parties she hosted there, among the Actons’ collection of sculpture. 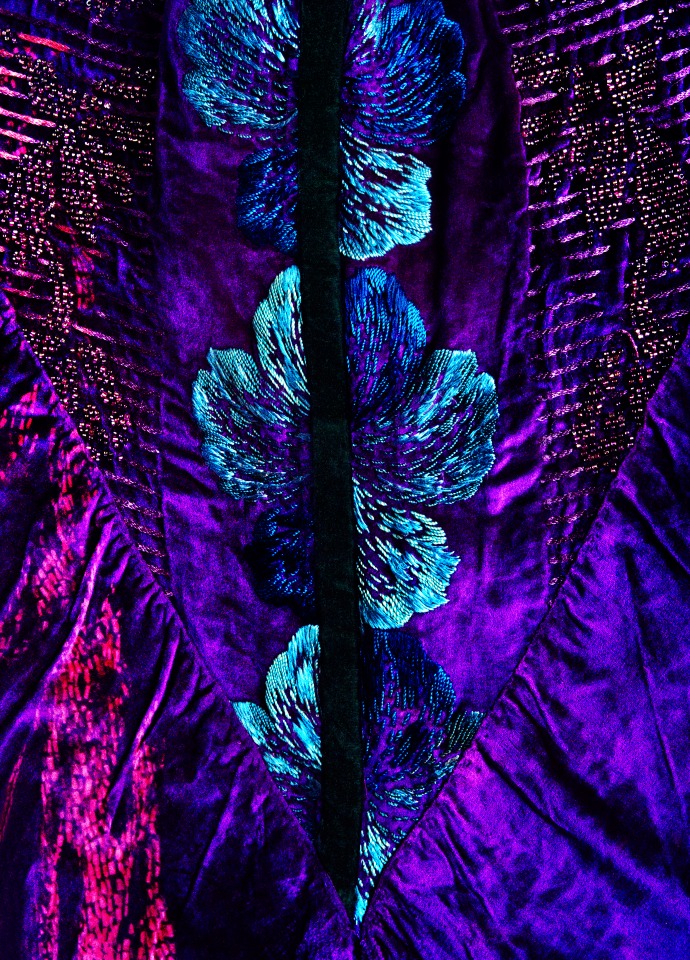 Made of silk velvet, and embroidered with blue silk, this dress suffered from being stored beneath a gown with “glass-bead disease.”