Did you know there are still color-changing aspects of amethyst that scientists still haven’t figured out? Spiritually, its an extremely powerful gem, hailing from the quartz family.

Here’s some more info that you may not know (from Gemstone.org)

For many thousands of years, the most striking representative of the quartz family has been a jewel coveted by princes both ecclesiastical and secular. Moses described it as a symbol of the Spirit of God in the official robes of the High Priest of the Jews, and the Russian Empress Catherine the Great sent thousands of miners into the Urals to look for it. In popular belief, the amethyst offers protection against drunkenness – for the Greek words ‘amethystos’ mean ‘not intoxicated’ in translation. A more apt stone for the month of February, particularly if there is to be plenty going on in the way of carnival celebrations, could thus hardly be wished for.

Apart from these powers, gemstone therapists say that the amethyst has a sobering and cleansing effect. Amethyst has also been said to quell excessive stomach acid and, according to Hildegard von Bingen, served to combat insect bites and beautify the skin. 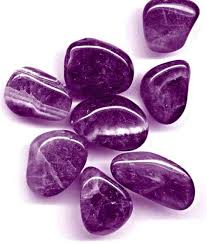 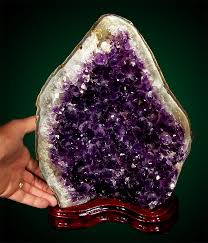 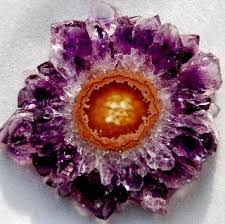 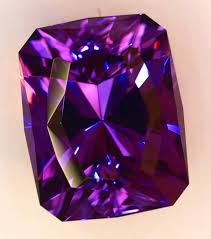 Trade Up | Our Guarantee