As part of our ongoing jewelry history series, today we introduce pieces from the Art Nouveau period, with its flowing and fantastical forms and shapes.

The “Art Nouveau” (“new art”) movement was one of the first departures from classical art and design, towards a new modernism. This avant-garde movement occurred during what was known in France as the “La Belle Époque” period, or “beautiful era” of the late 19th and early 20th centuries. In Germany, the Art Nouveau movement was known as the “Jugendstil,” or “youth style” arts and crafts movement, named after “Jugend,” a cultural weekly magazine founded by Georg Hirth in 1896.

Design motifs of the Art Nouveau movement focused heavily on the themes of nature, fantasy, and the female form, with sensual flowing shapes that simulated the organic growth that would be reminiscent of the primeval Garden of Eden.

Some of the floral motifs that were used in the Art Nouveau style were borrowed from English artist William Morris, founder of the “Arts and Crafts Movement” of the late Victorian era.

Source: All About Gemstones 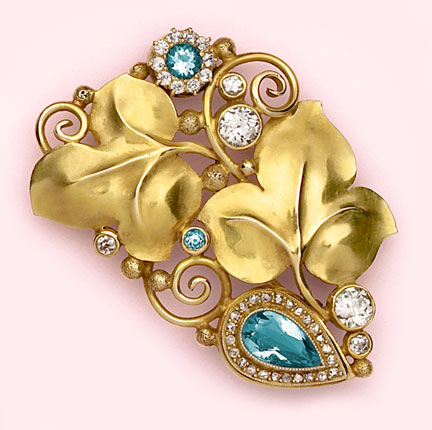 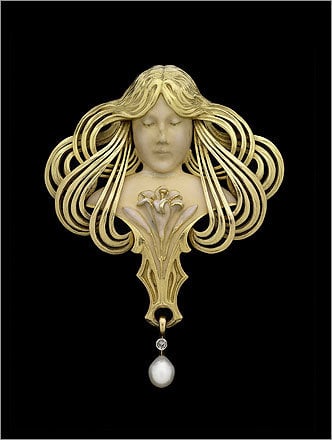 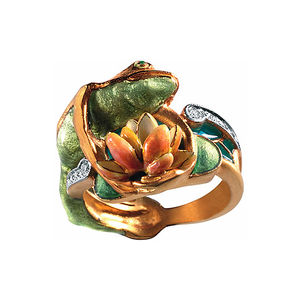