Jewelry has existed for eons. It was used in the past not only as a form of adornment but also as a sign of status or religious affiliation or a form of protection. Egyptian jewlery, some believe, is where jewelry making became more relevant and widespread. It’s influences are still felt in jewelry today.

According to one site:

Many consider the period of Egyptian jewelry as the dawning period for our modern form of jewelry. It was during this time that the manufacturing of jewelry became a profession and techniques and skills evolved to create a wide variety of styles and adornments.

Jewelry craftsman began to utilize artistic skill and an increasingly wide variety of materials. While artistic skill was valued the primary purpose of jewelry was to act as amulets and talismans. Gemstone and metal color was of greater importance than any other attribute. Gold was used extensively but this is primarily because it was readily available and very easy to work with. Many expensive gemstones we consider precious today like diamonds were very rarely used simply because they did not exhibit the color or symbolism of other gemstones.

Egyptian beliefs stipulated that every gemstone carried certain mystical powers which would be transferred to the owner when worn as jewelry. Symbols such as the sacred Egyptian scarab also formed an important part of jewelry and were also believed to carry certain powers.

Here are some pieces that still inspire. If you’re looking for a piece with a classic Egyptian feel, consider us. We can custom design a jewelry piece with your classic tastes specifically in mine. 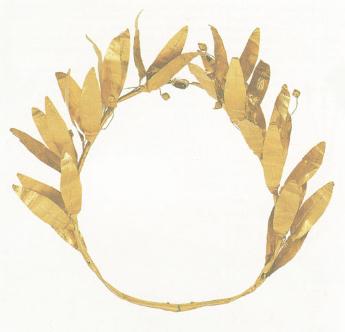 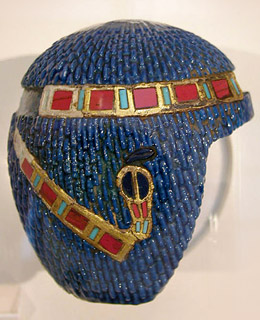 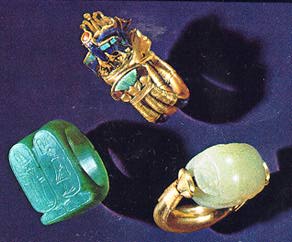 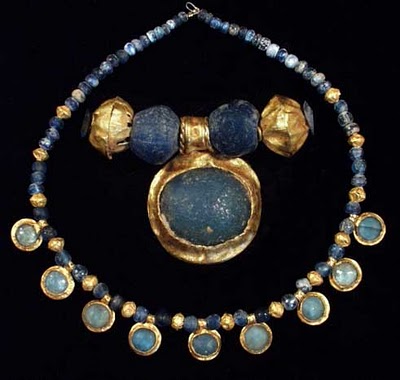