As we’re seeing more and more, jewelry is no longer just mere adornment in the 21st century. Not only is smart jewelry expanding out into the market but one woman decided that jewelry can also be a perfect weapon for self-defense. Read on. 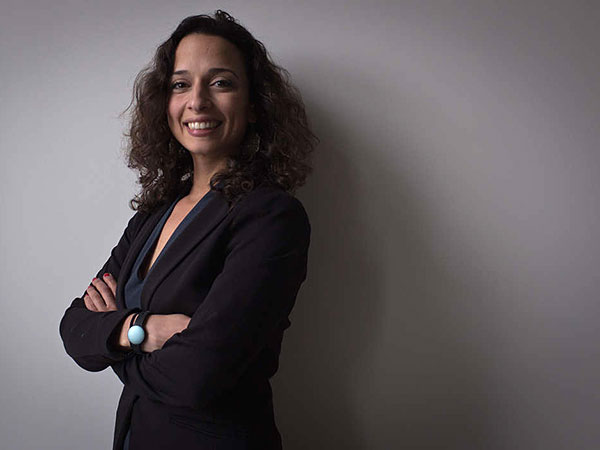 YASMINE MUSTAFA, 32, of University City, Philadelphia, and Anthony Gold, 49, of West Chester, co-founded Roar for Good, a University City firm aimed at empowering women with fashionable safety accessories and educational programs. The startup is part of DreamIt Athena, a female-focused entrepreneur program by DreamIt Ventures. I spoke with Mustafa, the CEO.

Q: How’d you come up with the idea for Roar?

A: A woman was raped a block from my apartment shortly after I came back from a trip to South America last year. The original idea was a wearable bracelet called the Macelet, which had Mace in it. I started talking to women and they were afraid of self-defense tools that an attacker might use against them. So I pivoted to a device that’s fashionable and easy to use that has a loud alarm and light to distract a would-be attacker and message friends and family.

A: I conceived a functional prototype and found a hardware person, who’s still an adviser, to help me build it. We bootstrapped it and it cost about $5,000, and then we designed it.

A: The device, which will be priced around $100, can be worn as a necklace, charm or key fob. It also has a magnet so you can put it on clothing. After we developed the prototype, some women wondered: Why not teach men not to attack women? We decided the wearable had a safety purpose but we could use part of our revenues to support nonprofits teaching nonviolence and promoting a culture of consent and respect.