I happened upon this Best of Russia site yesterday and was bowled over by several of the pieces – such intricacy and beauty! Following is part history lesson and part dazzling royal Russian jewelry:

In 1719, Emperor Peter I “the Great” (reigned 1682-1725), founded the earliest version of what we now know as the State Diamond Fund of the Russian Federation. Peter I had visited other European nations, and introduced many innovations to Russia, one of which was the creation of a permanent fund to house a collection of jewels which belonged not to the Romanov family, but to the Russian State.

Peter declared that the state holdings were inviolate, and could not be altered, sold, or given away – and he also decreed that each subsequent Emperor or Empress should leave a certain number of pieces acquired during their reign to the State, for the permanent glory of the Russian Empire. Peter left all of the pieces used in the coronation ceremony to the Diamond Fund, as well as many important pieces of 15th, 16th and 17th century jewelry. The pieces were housed in a special secure room in the Winter Palace in St. Petersburg, first called the Renteria, and subsequently called the Diamond Chamber.

Here is a sampling of some of these magnificent pieces: 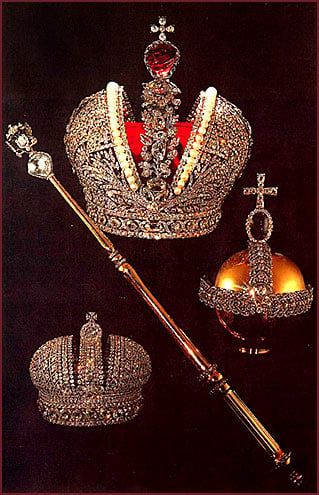 (above) The Great Imperial Crown 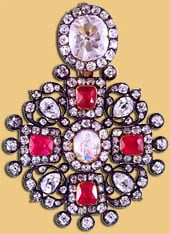 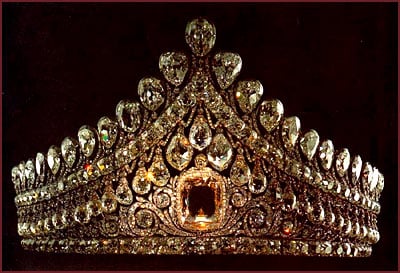 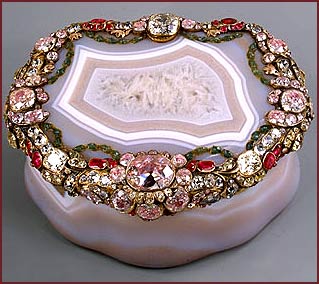 (above) Faberge. Snuffbox, Circa 1765, Hermitage Museum 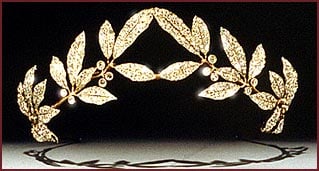 (above) A gold-and silver-mounted diamond-set tiara, signed with initials KF for Carl Faberge 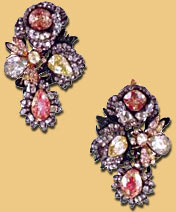 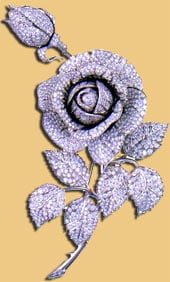