Take a look at these amazing (and ancient) pieces of jewelry from the Middle East.

Every artifact serves as a symbol of information. Apotropeic emblems, borrowed from everyday life, epos, or myths, and used in the art of jewelry making, carried a certain magical connotation. Popularity of a particular mythological plot line was connected to the very zeitgeist of the given time period, since the jewelry maker lived through it and tended to be deeply involved with the contemporary events. The art reflected the master’s interests in what was currently happening with the society. 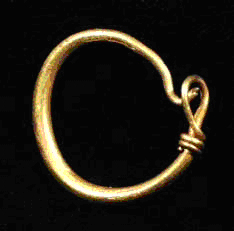 The simple-style earrings- as a ring, can be dated precisely by using radioisotope analysis, especially consider the items’ popularity. Earrings of that type are well-known from the images of the Achaemenian era (guards of Persepolis wore a single earring similar to the one in our collection; today youths and young men prefer this type as well). Earrings of this type were produced by casting method followed by polishing. 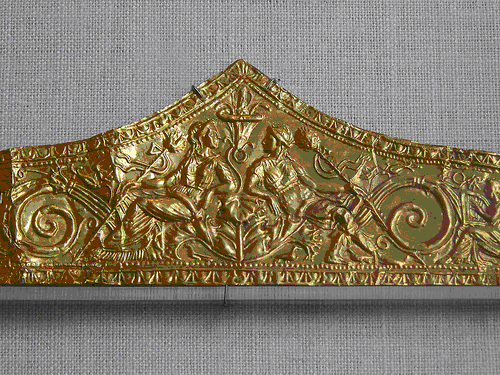 It is known that diadems were a special sign of a god or royalty. Gold garlands were kept in temples as parts of gold funds and were given as rewards for special achievements. Fragments of diadems were found among the finds of Oxus (see Treasure of Oxus, Dalton, London, 1964), and Tillya-tepe (Bactrian gold, Leningrad, 1985). Characters crowned by similar head jewelry can be found on coins, intaglios, pottery, paintings, frescos and reliefs, which allow us to recognize them as royalty or god-like creatures. Most of diadems were gold. Sometimes they are made by the stamping method. Details and fragments of diadems are made in the shape of leaves, trefoils or rosettes. 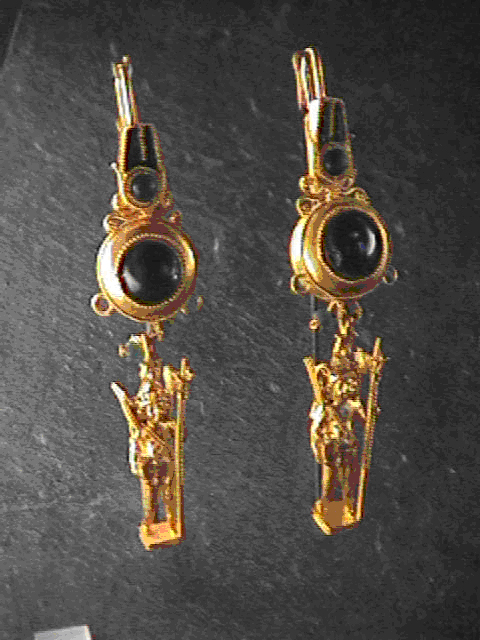 Gold earrings, from Jerusalem, represent a miniature nude male figure stamped in thin sheet gold. Each is bent into shape of ring and soldered to the hoop, together forming an earring. The man is wearing a wide headband, which fastens the top of the figure to the hoop. A miniature disk, in the shape of an eight-petal led rosette adorned with granulation, is soldered to the hoop above the figure's head. 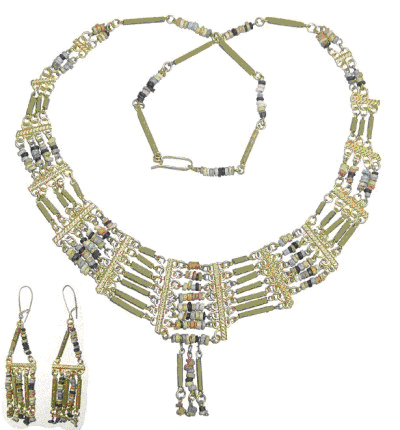 Neck adornments were mostly worn by members of high social standing; perhaps this is the reason that the museum collection does not have a lot of samples of neck ornaments.