We can often feel like a dying breed – jewelers who genuinely care about our product and who believe deeply in the artisanship behind our work. So when I read this piece in the New York Times, it really resonated: Who are the jewelry makers of today? Can the same artistry exist as it did in my father’s generation? We think so.

PARIS — It is taken as gospel that the king of 20th century jewelry makers was Peter Carl Fabergé, the inimitable jeweler to the czars. Question: 100 years from now, who among the makers of today will be in the running to assume a similar title for this century?

“He is a jeweler in constant evolution but whose style is instantly recognizable by the members of his virtual international club.”

For most of history, collectibility was beside the point. Jewels doubled as currency because they had an intrinsic value that allowed them to be dismantled and traded.

But in the 33 years since JAR founded his company, a booming estate jewelry market has fueled collector interest in signed works; and especially over the past decade, a renaissance in high jewelry making — among independent designers as well as the traditional French houses — has revived the conversation about the next generation of work that deserves to remain intact.

It may be too soon to bracket the current period within discrete dates and describe its characteristics — as diamonds and clean, geometric lines defined the Art Deco movement of the 1920s and 30s — but most experts agree that a willingness to embrace unconventional, even common, materials is a mark of the 21st century jeweler.

An example is Michele della Valle, a jeweler based in Rome: “Recently, I used carbon fiber in an unusual way to mimic the feather-like details found around the pistils of anemone flowers,” Mr. della Valle said, taking pains to emphasize that he never experimented with materials gratuitously but used them for specific properties. “Those times where I still use titanium or zirconium, I do so strictly when required to give lightness to a piece — and mostly in conjunction with gold,” he said.

Mr. della Valle shares his appreciation for light metals with a trio of well-regarded designers in Hong Kong: Michelle Ong of Carnet, known for her fanciful, lace-inspired diamond cuffs and brooches; Edmund Chin of Etcetera, whose expert stone-setting has earned acclaim; and Wallace Chan, a gem carver with an alchemist’s knack for manipulating titanium.

Decades from now, desirability will, of course, be determined by as-yet-unforeseen market forces, though it is safe to say that a rare and beautiful jewel exhibiting a singularity and soulfulness that identifies its maker will stand the test of time — and all the more so when the personality behind the work remains elusive.

Mr. Rosenthal, for example, politely declined via e-mail a request to discuss his jewelry: “Alas, I am not for words about what I do,” he said, “believing that an artist should artiste and shut up.” 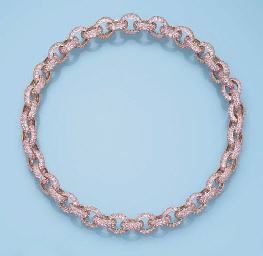 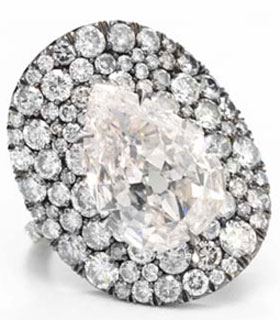 “I am not arbitrary. If you happen to have ideas and defend them, people make you into a dragon. If someone walks in and says, ah, I love that necklace and I say, but it doesn’t suit you and it is part of my job to make sure you don’t get something that doesn’t suit you, people may not be happy. “Getting the right things on the right people is part of making those things. I can’t do it three generations from now but I can do it now and I have to do it now.”