Our jewelry store prides itself in its eco-awareness, regionally and internationally by using recycled materials and gems acquired from reputable companies. Also products like Gemesis and moissanite offer diamond-quality with less damage to the earth.

We really admire the efforts of this woman, who is turning beach trash into some pretty amazing jewelry:

Judith Selby Lang is an artist who never pays for material for her jewelry or artwear. This bright plastic junk is forever washing up on shore at her beloved Kehoe Beach in Marin County.

“The environmental situation is so dire, the plastic pollution is enormous, it goes back to what can I do? As one individual, where can I begin?” said Judith.

One of Judith’s bracelets is made of discarded flip-flops. It’s all stuff we can relate to, like a bouquet of popped balloons still strung together, soon to be a necklace.

“I hope to engage people in the idea that they can take a bag to the beach and they can pick up some plastic and make stuff of their own and that’s a way we can get the beach clean also,” she said.

There are lots of disposable lighters out there and some may be about to light up someone’s wardrobe.

There is no sitting around waiting for these pieces to sell. At studios, like the Donna Seager Gallery in San Rafael, this artwear is on display and selling. A bracelet is made of milk carton pull tops now selling for $45. The plastic necklace worn by the gallery owner is $300.

“I think they get an especially big kick out of it because it looks good. I don’t think they would be so impressed if it didn’t, but it has both qualities,” said Donna Seager Liberatore.

And Judith is now adding a twist to her trash collecting, moving from the beach, to the high seas. She has received her first shipment from the North Pacific Gyre, a massive circulating pile of plastic trash out of both sides of Hawaii. She has big plans for a fishing line and may turn it into a necklace.

“Not only will it be a great reminder of what’s going on about ghost nets and the gyre, but I think it will also make a beautiful piece of work,” she said.

With many more loads from the gyre to follow, a world’s worth of trash is one woman’s treasures. 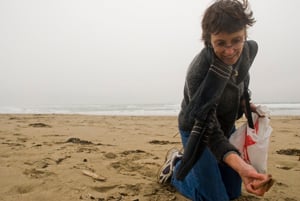 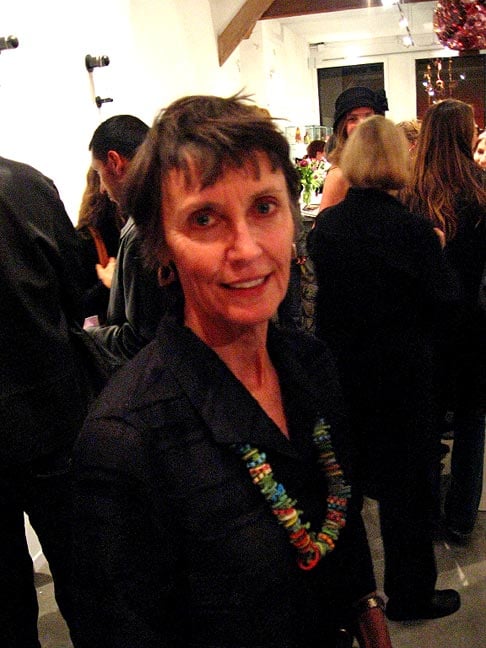 Source: ABC7 (Take a look at the video for her amazing work.)