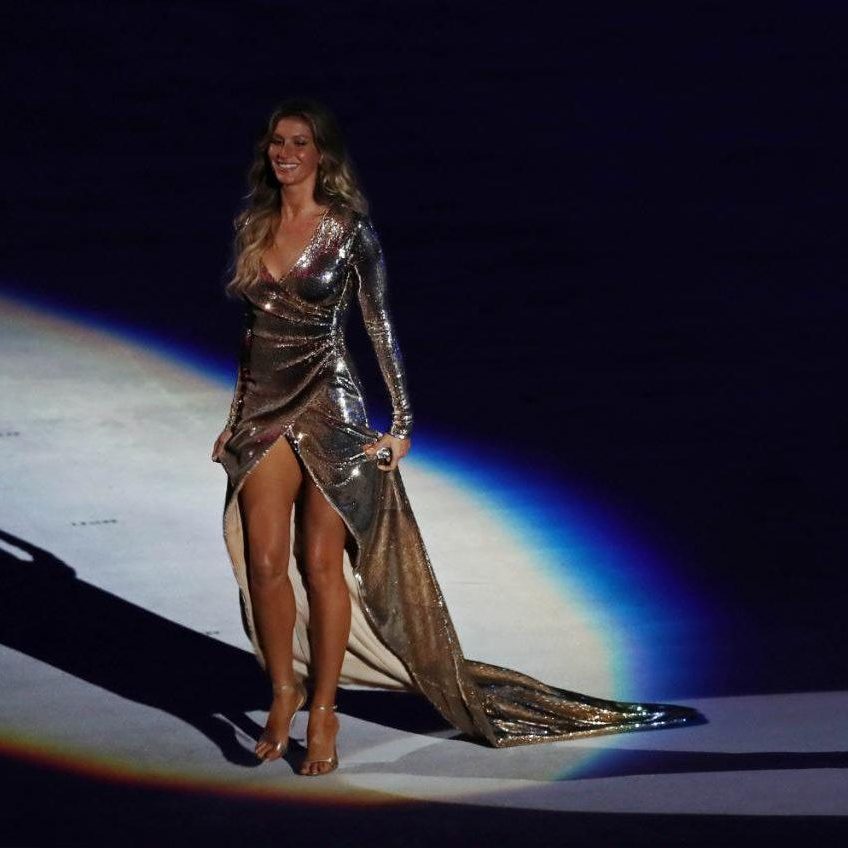 The dress? A stunning gold sequined column by Brazilian designer Alexandre Herchcovitch. (And yes, we’re still oohing and ahhing over it.) Retired supermodel Gisele Bunchen donned this amazing work of art for the Olympic opening ceremonies, as she strutted down a catwalk like no other.

As the LA Times pointed out: “If modeling was an Olympic sport, Bündchen’s Rio de Janeiro opening ceremony walk Friday night couldn’t have ended any place but the gold medal winner’s podium.”

Since this dress is positively shimmering (like wearable jewelry, dare we say?), we did a little digging to find out the story behind the design.

According to Vogue, designer Alexandre Herchcovitch. had this to say:

What was the creation process behind the outfit? What materials and ideas were important? Is there a message behind the clothes?

After I received a briefing, I sketched some ideas and sent them to Gisele. Some adjustments were made. I’ve met with Gisele four times in the past few months. I took her measurements. We talked a lot about how we wanted it to be. There were three tests, and finally the clothes were ready! The fabric has been specially developed for the occasion with some peculiarities, such as the fluidity in which the sequined embroidery would flow horizontally around her body. I didn’t want a conventional gold, but a color that was very similar to her hair tone and skin, a golden light.